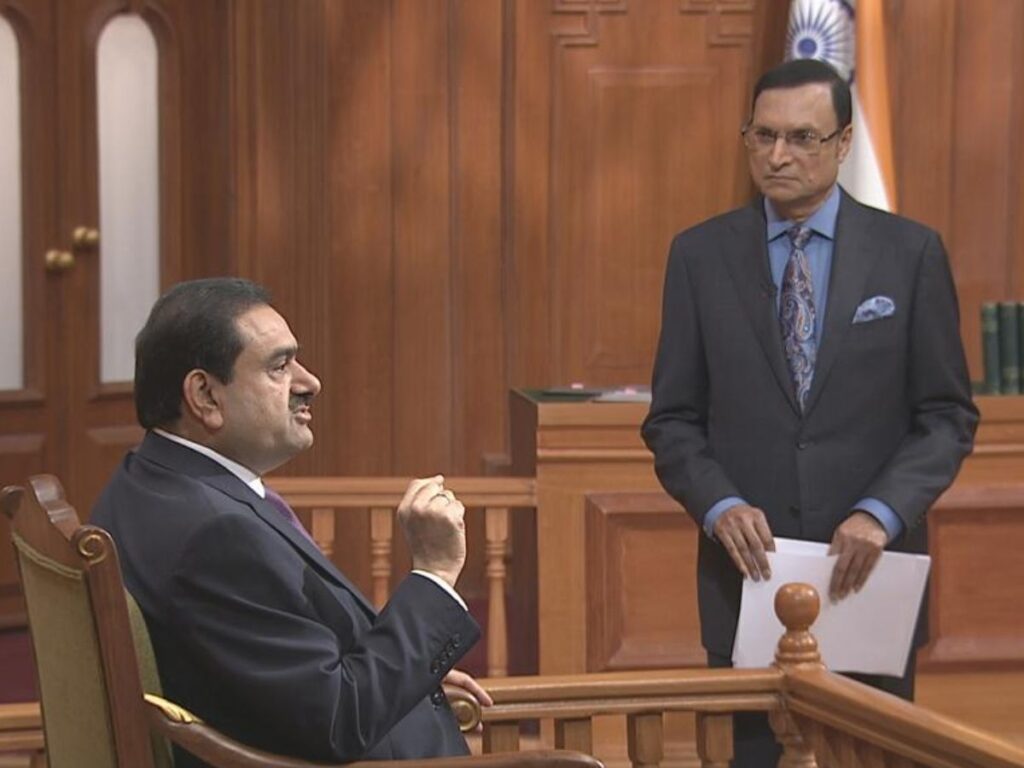 New Delhi(India),  January 07: A big treat is awaiting television viewers in the New Year, on Saturday, January 7 night, to be precise, when the world’s third richest person, Gautam Adani, will be sitting in the hot seat of Rajat Sharma’s ‘Aap Ki Adalat’. Gautam Adani will be replying to a barrage of questions from the inimitable TV icon Rajat Sharma, who will be returning with fresh episodes of his longest-running TV show.

Adani, who normally avoids one-on-one TV interviews, has agreed to be the guest on the show. He will be replying to several tricky questions from Rajat Sharma relating to controversies relating to his corporate group. Already there is lot of buzz among the social chatterati about how Adani is going to respond to accusations that have been levelled by his rivals and opposition leaders. Expectations of viewers about this episode have naturally reached a fever pitch as D-Day draws closer.

Last month, Rajat Sharma asked viewers to share the names of top personalities they wished to see in fresh episodes of ‘Aap Ki Adalat’, and Gautam Adani’s name figured on top of the wish list. The list includes names of several other top personalities who will also be featured in ‘Aap Ki Adalat’ as it steams ahead in the coming weeks with fresh episodes. The wish list includes top cricketers, politicians, godmen, and superstars of Indian cinema.

Since its inception in 1993, ‘Aap Ki Adalat’ has featured more than 1,000 prominent personalities sitting in its dock. From powerful politicians, film superstars, leading sportsmen, and famous singers to spiritual gurus, none could escape the probing questions from Rajat Sharma, always delivered with a smile but with exact precision. The roster of distinguished guests in his iconic show includes Presidents, Prime Ministers, cabinet ministers and chief ministers. ‘Aap Ki Adalat’ is the only show that has the distinction of getting all three Bollywood Khans together on the same stage.

There is no other show in the Indian TV industry where eminent guests lay bare their raw emotions, vulnerabilities, and no-holds-barred opinions with such ease. Another high point is that ‘Aap Ki Adalat’ on Indian TV can now be watched by viewers across the world, including the US and UAE.