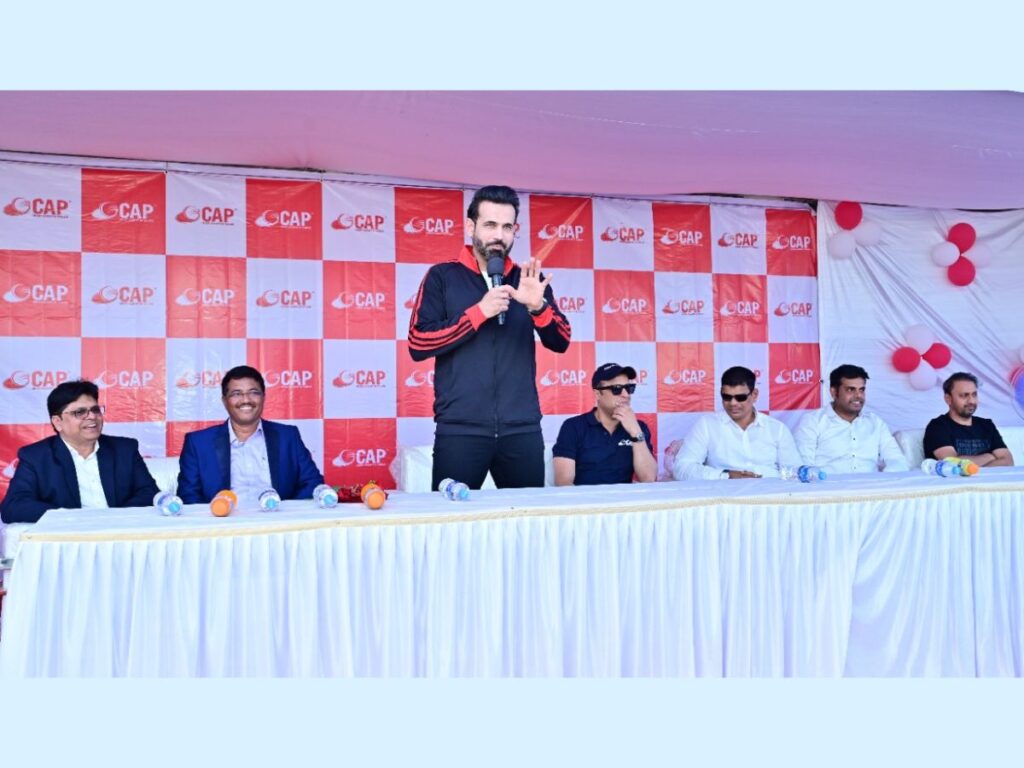 CAP, with its technology-enabled centres, armed with strong on-ground curriculum – designed by International Cricket experts and run by highly qualified & certified coaches, will be a boon for aspiring cricketers of Panvel region to fulfil their dreams.

Irfan Pathan plays the Role of a Mentor!

Irfan Pathan, Founder, Cricket Academy of Pathans, shared his experiences and exposure of playing cricket at the highest level. He emphasised the importance of regular practice, fitness, dedication and hard work to be able to make a difference in the cut throat competitive cricket circuit in the country.

Speaking about the success of CAP, he added how the brand CAP has grown rapidly in the past 15 months post ease of covid restrictions and is now leaving no stone unturned towards marking CAP’s presence in every part of the country to provide an opportunity to young talents. In less than 4 weeks we have launched two new CAP centres and conducted 2 masterclass sessions at our existing centres.

A total of 180+ CAP students have represented their states and districts in various tournaments including Ranji Trophy, C K Nayudu Trophy, Cooch Behar Trophy and many more such tournaments. Earlier this month, three of our players from less than a year-old CAP Itanagar centre have been selected to represent Arunachal Pradesh in different age categories.

Mr. Harmeet Vasdev, Managing Director, CAP added that “CAP as a brand and model has kind of created a niche for itself in the market, as an unparalleled platform for young talents specially in tier II and tier III cities to capitalise on the opportunity to fulfil their dreams of playing professional cricket.

CAP centres equipped with modern cricketing technologies such as PitchVision, Stance-beam & CAP App (Mobile Application) adds a whole new dimension of learning and improving their game for CAP students. The CAP App even bridges the gap between the Pathan brothers, coaches and the CAP students.

He further added Cricket Academy of Pathans (CAP) aims to have 100+ centre under its umbrella across the country by 2024. On road towards 100+, mark we have 10 to 12 launches in next 3 months in cities like Ghaziabad, Siliguri, Cuttack, Bhubaneswar, Palghar, Visakhapatnam, Jammu, Kolkata, New Delhi and Coimbatore.

Previous articleIs Nostradamus Prediction for 2023 is right or wrong ? About country, world and business by Astrologer Dharmikshree
Next articleShailendra Singh’s One India, My India 2.0 is a Tribute to the PM’s G20 Vision