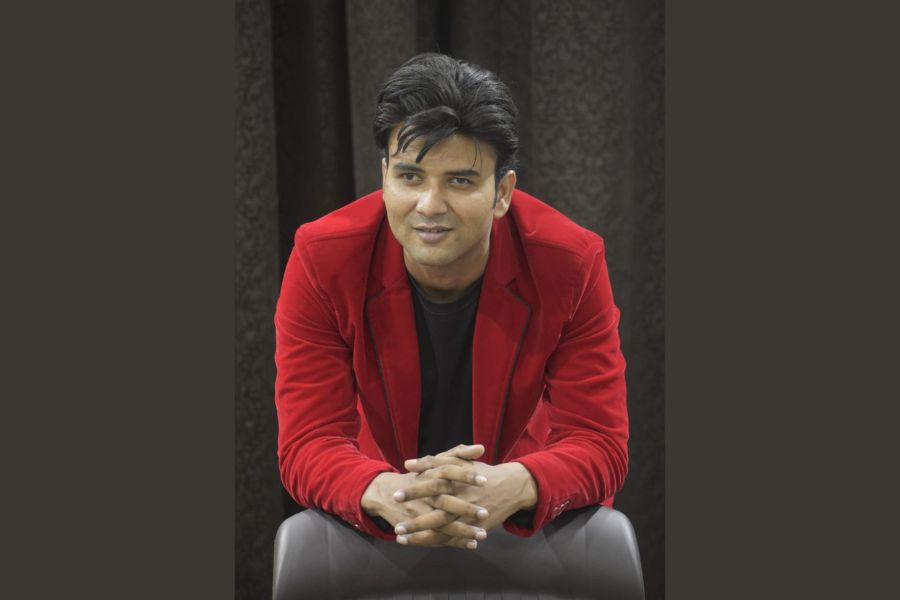 Mumbai, December 21: If you are truly passionate about something, no hurdles can ever stop you from achieving it. Actor and director Vicky Bikash Jha has always wanted to be a part of the entertainment industry and has realized his childhood dream through sheer passion and hard work.

Vicky began his journey in the entertainment world by directing and acting in the 2020 short film Kasuati Rishton Ki. He is also the casting director of the popular ongoing TV series Yashomati Maiya Ke Nandlala. He has also directed the short film Anokhi Prem Kahani. He has also acted in Goldimasala, Naap Tol, and Kathputali and is presently working on web series and other productions with some known faces and known production houses.

“I am very happy with how my career is shaping. I struggled for a very long period to find my footing in TV serials. I was prepared for it because anything that comes easy in life doesn’t last, and what one achieves with determination cannot be taken away. The struggles and challenges have made me who I am today. There are many more projects, including exciting web series in the offing, and a formal announcement will be made soon,” says Vicky, who hails from a village in the Dumka district of Jharkhand.

Vicky says that while he will continue to play different roles behind the camera, he plans to focus more on his acting career.

“I have been acting from a very young age, and it continues to be my passion. I believe I have the qualities needed to become a successful actor. I have played a few roles here and there, but I am confident bigger and more prominent roles are just around the corner. I am confident of making it big in TV, web series, as well as films,” adds the youngster.

If you have any objection to this press release content, kindly contact pr.error.rectification[at]gmail.com to notify us. We will respond and rectify the situation in the next 24 hours

Pursuing One Dream After Another