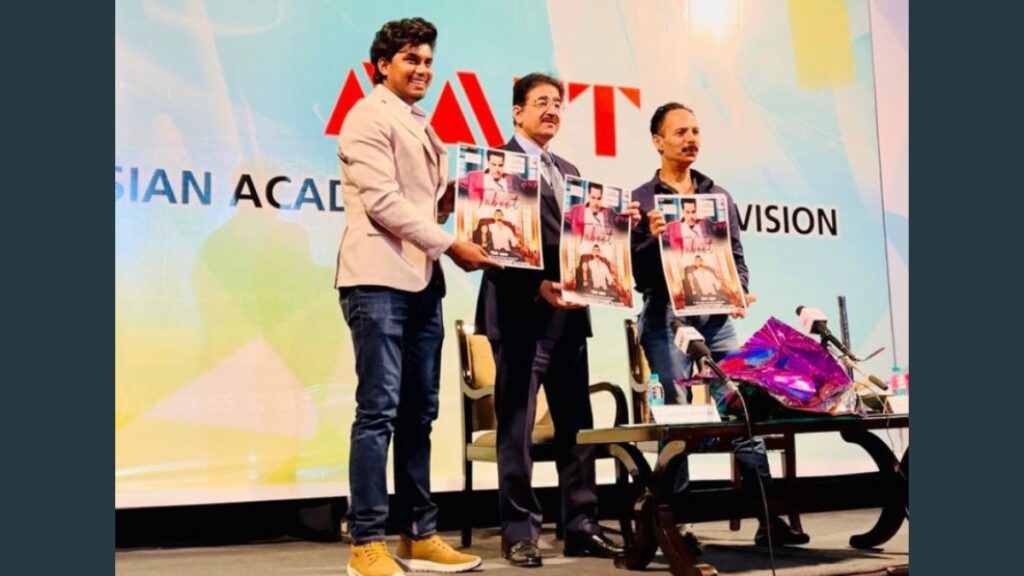 New Delhi (India), December 31: The realm of Bollywood has been blooming with eminent personalities and actors who have made remarkable contributions to the industry. While the big names have been creating one legacy after another, one such name that has been upsurging and winning the hearts of every Bollywood enthusiast is Mr. Balraj Singh. This rising personality has paved his way in the big leagues through his distinctive approach to Shayari and eye-catchy acting skills. His personality and skills have not been instrumental to just acting but rather also as a producer and a viral social media influencer who has been inspiring the masses.

In our conversation with Mr. Balraj Singh, he entailed his journey was right from his childhood, he was a dreamer who executed his ideas and ambitions into reality. It was admirable to note that he singlehandedly shaped his future by standing on his legs without any supporting pillars. Being a diamond in the rough, he tussled with all the challenges and hurdles that he faced as his origins are from a small town in Uttar Pradesh with a lack of resources and opportunities. Battling with his fate, he enrolled in the top-notch acting courses at AAFT, Noida, where his paths were altered, and his quest for exposure was fulfilled. As a result of this pursuit, Mr. Balraj Singh was able to select a unique niche in the industry, i.e., Shayari and Acting. Since then, he has never looked back and drawn his attention toward the path of excellence which has made him what he is today.

He enlarged his audience by marking his presence on various social media platforms such as Instagram and YouTube, where within just 8 months, he built a fanbase of more than a lakh followers on Instagram. Following this, his debut song, ‘Taboot’, crossed more than 1 million views on YouTube, which was regarded as a grand entry into the industry by many of his fans. At present, being a social media influencer, Mr. Balraj shared that behind every song and reel is a result of extensive brainstorming and tedious efforts, which according to him, is worth everything when he is showered with all the love from his fans that keeps growing each day. Simultaneously, Mr. Balraj Singh also offers an opportunity, a voice, and a platform for all the artists who are struggling to make a name for themselves.

One of his progressive ventures, ‘Balraj Singh Entertainment’ is a home for all the artists who can have a head start in their career with the assistance provided by the man who is known as the rising star of Bollywood, Mr. Balraj Singh himself. As an influencer, he also promotes these artists on his social media handles which is a much-needed exposure that every enthusiast yearns for. This initiative taken by him has instilled hope and direction for artists all across the country to showcase their talent and broaden their horizons as they may also reach an international audience that has been built by Mr. Balraj Singh on his own credibility and success.

Each day, his reels and songs reach new ranks and views as he ardently evolves himself and becomes a better version each day, thereby being worthy of the title that he is bestowed with by a majority of his fans. To associate and get in touch with Mr. Balraj Singh, you can follow and connect with him through his social media handles which are mentioned as follows,

Pursuing One Dream After Another