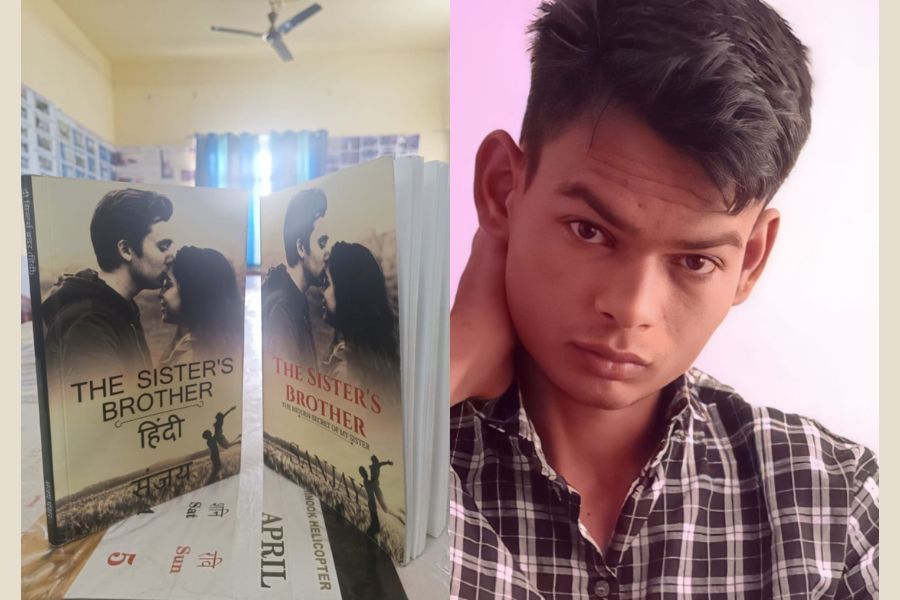 New Delhi (India), December 26: Do you want to read a book that will keep you guessing until the very end?

Look no further than “The Sister’s Brother”! This book has it all: romance, thriller, love, and hate. You’ll be captivated from the first page until the last. This is a page-turning suspense that will keep you up late into the night.

“The Sister’s Brother” is a story of two siblings who are torn apart by a dark secret from their past. As they try to reconnect, they must face the demons that have haunted them for years.

Let me tell you something about  the author Sanjay Panwar.

Sanjay Panwar, a novelist, belongs to the land of kings-Rajasthan. He is heart of his loving mom and proud of his hardworking father. His father is a man who gave his children sky to fly. He and his younger brother are like Tom and Jerry-they tease and irritate each other, knock each other down, but can’t live without each other. He and his elder brother are like streetlight along the road. They don’t make distance any shorter but they light up the path and make the walk worthwhile.

Anand Mishra is the main character of this story. Anand is a boy from a rich family. He is the child of Dhanraj Seth. From a royal family. One day he catches sight of a girl passing out from a nearby school and immediately falls in love with her. He goes back and forth day and night to get her, his friend Rajeev helps him to get his love. And finally, that night the girl calls. She invites him to her home. She says she is alone and wants to meet him right now.

It was 11 O’clock in the night. Anand leaves to her house. But little did Anand know that this night was about to bring the worst day of his life.

When Anand returns home after spending night with her, he cannot believe his eyes. What he had seen was indeed horrifying. His sister Sakshi’s body was hanging on the fan. The bodies of his father and mother were lying on the floor, with the red spots of their blood. There was a body of stranger boy who was almost of his age.

The police were called and his sister’s body was brought down. He got a letter. His sister had written in this letter that it was all a conspiracy of his girlfriend Jeba. She had sent his brother to our house last night so that his brother could rape me. His brother, Afroz, had always bad eyes on her.

But the question is whether what was written in the letter was right. It is said that a dying person does not lie. So did his girlfriend actually cheat on him?

Twist doesn’t die here, friends. It’s just a beginning. When you read this novel till last word of the book, you will come to know that what Anand’s sister Sakshi wrote in the letter was completely false. Did Sakshi lie Anand? The answer is No.

Another twist is-no. I think you should read it yourself. This story of Anand’s sister will force you think many times.

The novel is available on Amazon and Flipkart. So, buy it by now and meet a suspense and thriller novel.

Previous articleIs Nostradamus Prediction for 2023 is right or wrong? About country, world and business by Astrologer Dharmikshree
Next articleMen’s Fashion Magazine India